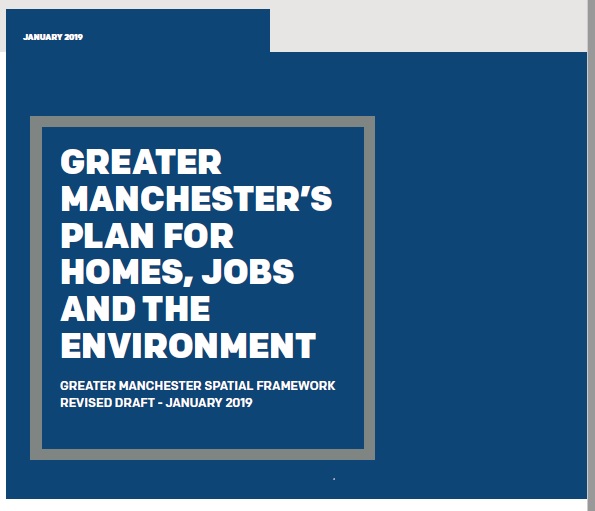 This site allocation plan is copied from the GMSF (housing/greater-manchester-spatial-framework/gmsf-full-plan), published January 2019.

Since the original GMSF was published in 2016, little has changed in the boundary o f this allocation site (GM2) apart from the removal of the section South of Thornham Lane and North of the A627M Link road, highlighted in purple below.

In the GMSF plan, this is described as:

However, responses to this 2nd draft of the GMSF show that the house builder Redrow has developed plans for the Northern section of the area.
It shows the main access point to the development through the current All-In-One Garden Centre’s entrance from Rochdale Road, Slattocks.

Land owners The Milne Trust also seem keen not to miss an opportunity to realise their asset as shown in the following two images.

Note that this first is described, as mentioned previously, by the GMSF as “…an area of Green Belt is to be retained between the A627(M) spur and Thornham Lane to provide some separation between the urban areas of Rochdale and Middleton”

Here the Milne Trust have incorporated two segments of land, seen below the fishing ponds on Stakehill Lane. These segments are owned by other people.

Links to the two documents relating to the Milne Trust’s proposals are below:

South of Thornham Lane and West of Stakehill Lane